Whether you’re finding your way around first position or you’re venturing into the tenor and treble clef registers, an understanding of the note layout is essential. The more demanding your repertoire, the more you need a detailed internal ‘sat-nav’ to find your way effortlessly through challenging passages. The less you have to calculate your route map, the more you can focus on musical shaping, phasing and interpretation.

The map below is a visual aid to indicate the location and content of each position from first (including half) to seventh. You’ll notice that some positions go by 2 names (e.g. upper first/ lower second), and some of the notes on the fingerboard include enharmonic equivalents (different letter name for the same pitch). Positions are named according to the note names they accommodate. For example, the notes in upper first position on the A string are B#, C#, D and D# – predominantly the same letter names as those in first position, while lower second position – C, Db, D, Eb share the letter names of upper second position. As a rule, positions with the upper label tend to favour sharps, while those with the lower label favour flats. 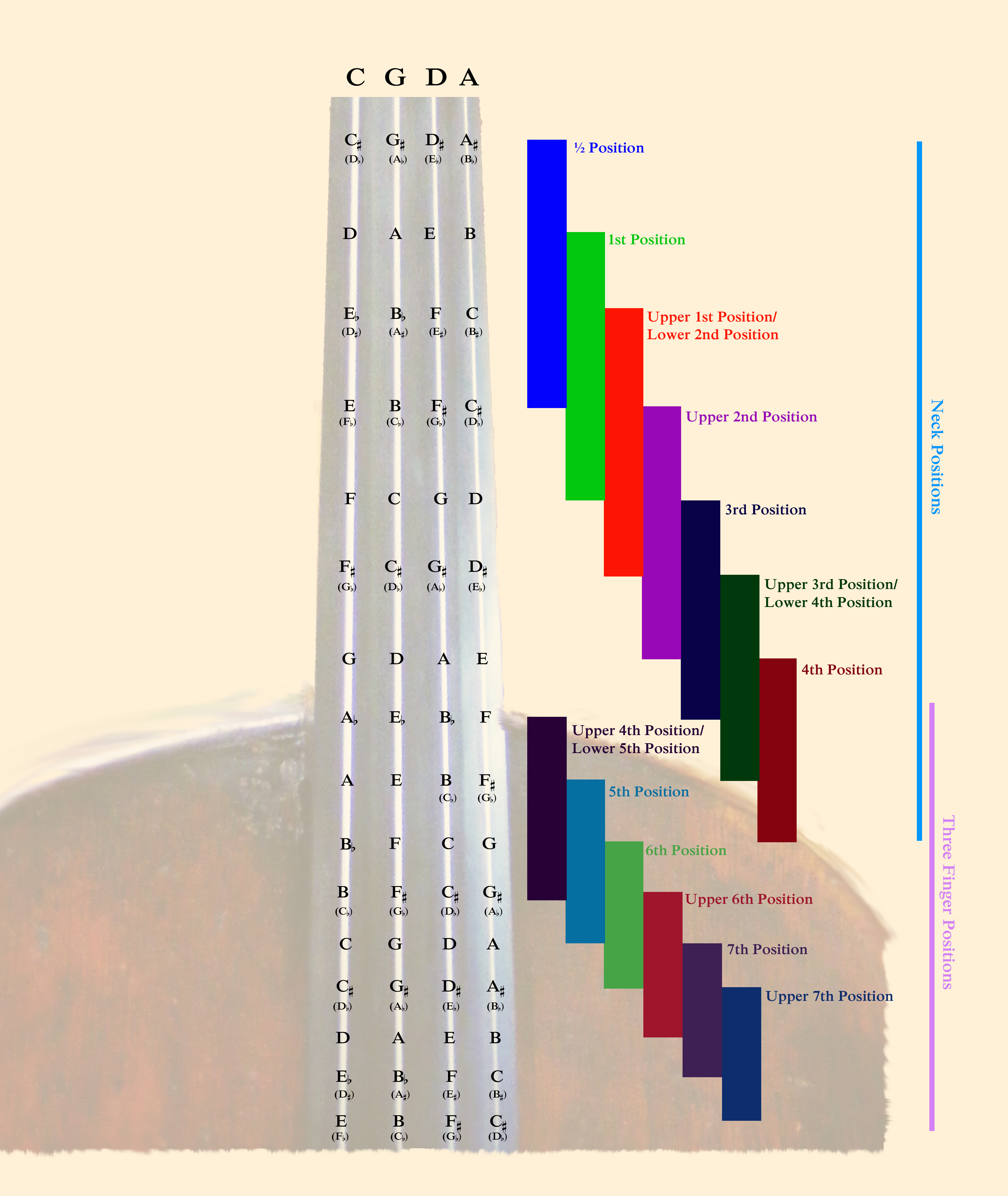 Did you find this post useful? Please consider making a donation. 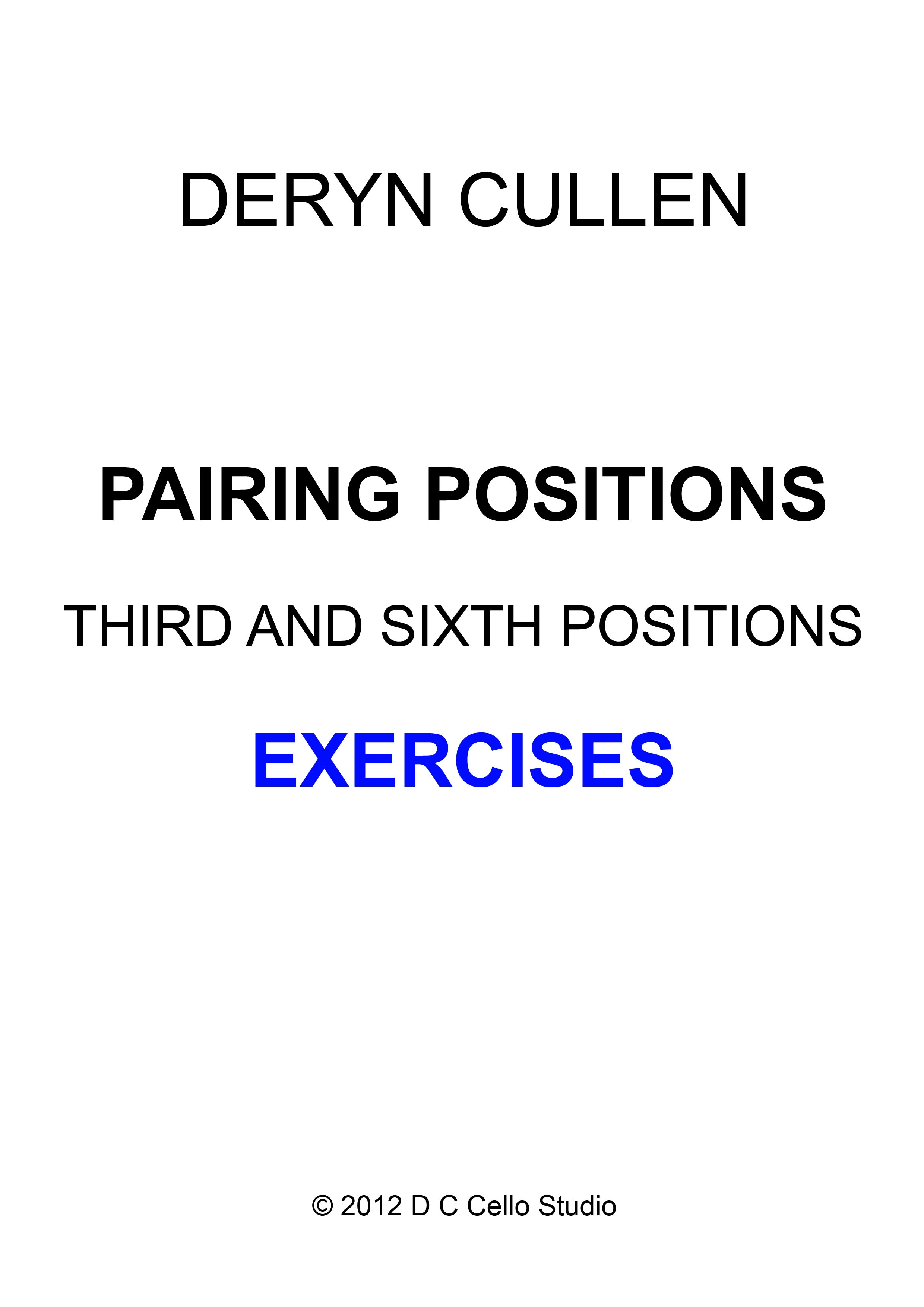 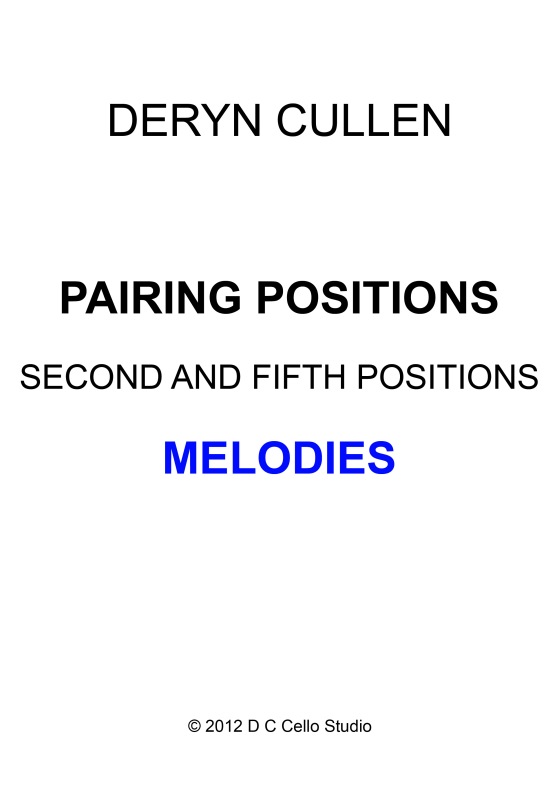